View of Pratomagno from Rendola

We are lucky that several waymarked “CAI” trails, all numbered and with the traditional red and white markings, radiate from the Centre. These can be followed on foot or by mountain-bike. You can find one directly behind the farmhouse: follow the muletrack winding up through oak and chestnut woods and when you get to the top of the ridge you will have panoramic views over both the Arno valley and the Chianti region. Another trail leads you over gentle hills down to the town of Montevarchi. After a meal or a snack in Via Roma, the main street, you can return by a different trail, passing the old church, now abandoned, of San Tommé.

Another route passes through a nearby village, Mercatale Valdarno, then takes you up to the solitary tower of Galatrona, an imposing landmark visible from the Centre. 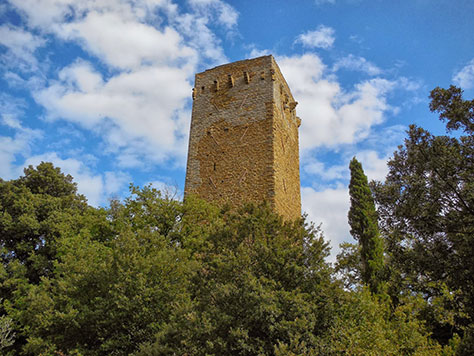 From the tower you can follow the wooded ridge until you go down towards the castle of Cennina. After visiting the castle you can descend to the valley and return home by dirt roads and quiet lanes.

A half-an-hour’s journey by car will take you to Le Balze, weird geological formations made of sand, clay and pebble strata dating from prehistorical times, when the Arno valley was a great lake whose banks were populated by dinosaurs, the fossils of which can be found in the Palaeontological Museum in Montevarchi, together with those of exotic animals from a later epoch. 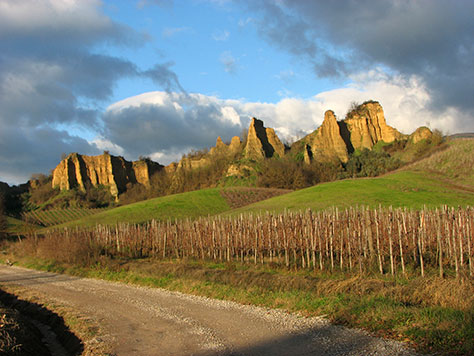 Leonardo da Vinci was fascinated by these formations: not only did he leave us a detailed description of them, he also included them in his paintings, for example Mona Lisa and Madonna of the Rocks. 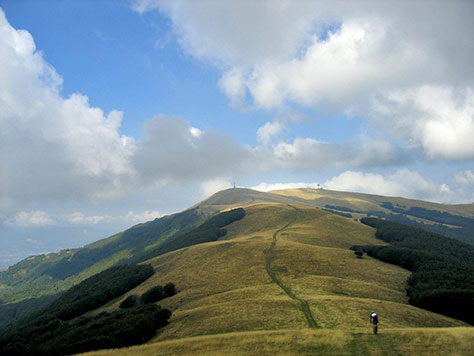 And if you want to escape the torrid heat of summer, you can drive up to the summit of Pratomagno (1.591m at its highest point) and walk or cycle along the undulating pastures of this long ridge, with its stunning views over the Casentino and Arno valleys: a grassy paradise that is far from the haunts of mass tourism.

As a base Rendola Riding is ideal for road-bikers as well, as it is on the edge of the Chianti Classico region where there is a network of lanes that are well kept but very quiet as they run through the vineyards and woodland of this famously beautiful area.

You can visit Radda, the “capital” of Chianti, or the charming walled village of San Gusmè, with its wonderful view of the towers of Siena. Or you can sample one of the most celebrated wines of the world at the castle of Brolio and Meleto, or the winery of Cantalici near Castagnoli. 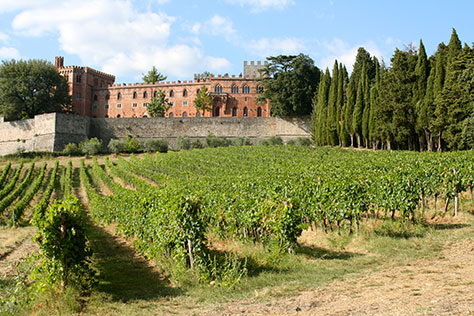 Back in the Arno valley do not miss the Etruscan-Roman road Cassia Vetus  (Setteponti), which runs for many miles along the base of Pratomagno. It is an itinerary beloved of cyclists (there are many local ones, too), because they meet little traffic, the road is level most of the way and the views over the Arno valley and the Chianti hills are breathtaking.

If you have not brought your own bicycles they can be hired locally, but do give us due warning.

We can provide picnic lunches for walkers and cyclists, but give us due warning for this, too, so that we can get in some nice, fresh bread.